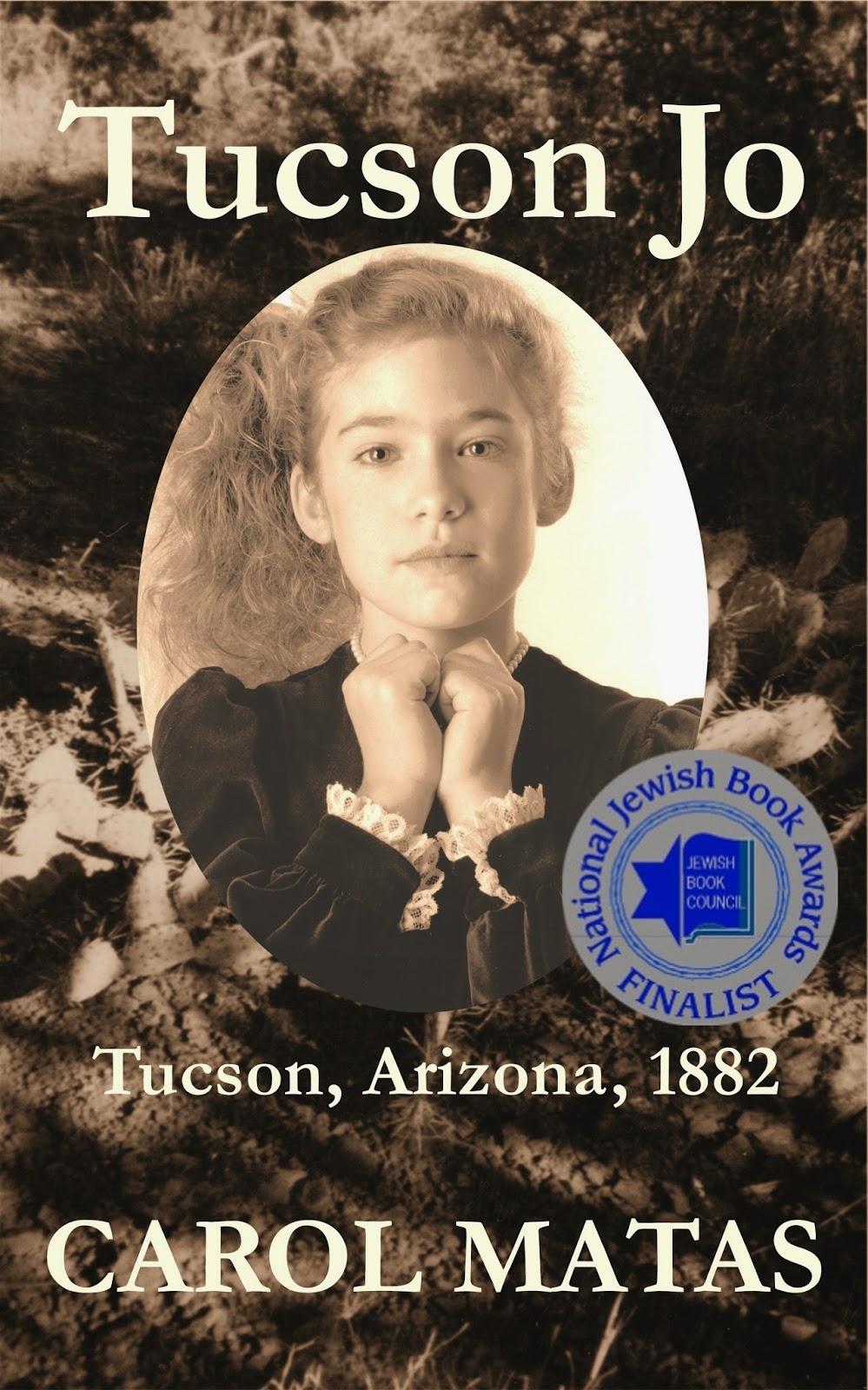 Firstly, I have to say that when the general email blast announcing the awards came through on my email I didn't even check to see if Tucson Jo had made the cut. I have never been honoured with this award, and didn't think that was about to change.

My daughter called five minutes later to ask if I had seen the news. That's when the screaming started. My publisher and best friend Morri Mostow of Fictive Press was out at an aerobics class so I had an agonizing couple of hours before I could share the news with her. And before she could share the official letter she had just received from the Board of Directors congratulating her.

For those of you who have followed my blog, you know that this book was special—although all my books are special to me—but this one in a different way. First of all it took over eight years to write— not continuously, of course, but on and off between other projects.

Secondly, all the mainstream publishers turned it down. I suppose it had a few things going against it re sales— although filled with serious issues it is also something of a romp so it didn't really fit any criteria anyone could think of.
Hmmm. Okay, you can hear marketing...So we have here, a Jewish girl fixated on suffragist ideals, a strict father, an anti-Semitic attack on said father, a spiritual  brother, a best friend who is being bullied by his father, oh, and said best friend's father is also running for mayor—all set in Tucson, 1882. Another hmmmm, then, I think we'll pass.

I did get some great editorial letters, though, from some of the big houses but it wasn't until I drew away from writing about the real Charles Strauss and his family and decided to write "inspired by" the first Jewish Mayor of Tucson that I was able to make headway developing the story more fully. That's when Morri and Fictive Press came into the picture. Morri offered to publish the book because she believed in it and loved the story.

For me, choosing to publish with Fictive Press was a huge departure, since Fictive is a small digital print-on-demand publisher and therefore that meant an entirely new business model for me. Once we'd agreed on a contract and made it all official, we went to work. Morri pushed me on some story points—and here I thought I might get off easy because she was my friend but it was quite the opposite. That's when I suddenly rewrote the entire back half of the book and it all came together. Or so we thought. Morri, of course, did the heavy lifting re the publishing, the cover, the review mailings, etc. But all decisions were made together. When we finally saw the final version we were really happy with the result, although we were unsure how this experiment would work out. All I can say now is: so far, so good!
at 7:17:00 PM