The Minds Series has just been reissued!! 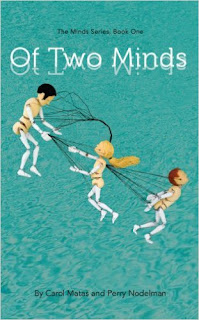 Thrilled to report that The Minds Series is now out in beautiful new covers created by Asa Nodelman, designed by Tara Smilinski and photographed by Robert Wilson. Hopefully, like any good fantasy series, this one will be just as relevant to a new generation of readers as the last iteration. It was so much fun writing this series with my friend and co writer Perry Nodelman. In fact, it all started with Perry playing his usual role of first critic and editor of all my first drafts. Except when he critiqued Of Two Minds he had a much better idea of how to rewrite it than I did and in a rather sarcastic manner I believe I said something like, "If you're so smart why don't you do it."

So he did! At first Perry wrote the male character Coren and I wrote Lenora and we went back and forth like that draft after draft until I started getting annoyed with Coren who I thought was too weak and Perry started getting annoyed with Lenora who he thought was too bossy and at that point we started writing alternative drafts changing both characters and finally finding a happy medium.

The books are about a young woman and young man—one who can make anything she imagines real, and one who lives entirely in his imagination where reality is better than the physical world. The two are misfits in their worlds because neither likes or appreciates their gifts. So naturally their parents arrange for them to marry. Of course! Needless to say all does not go smoothly. Or even well. The two of them find themselves pitted against a particularly dangerous villain in the first book—and they can only survive—together—much to each other's dismay. 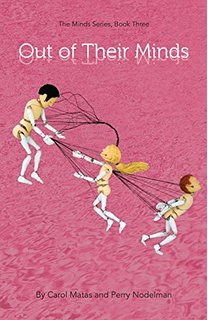