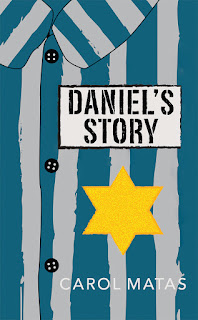 I will be available to give readings of Daniel's Story and to talk to student or adult audiences about ant-Semitism, racism, and why this story is still so important today.
at 2:17:00 PM