So one day, or shall I say, once upon a time, a very excellent young fellow and writer whose name was Eric, Eric Walters, had an idea. Now Eric lived in a country that was big and beautiful and full of talent. But for some strange, even weird and bizarre reason, the people who lived in this magical country mostly read books that were written by writers from other countries! That made no sense to young Eric! 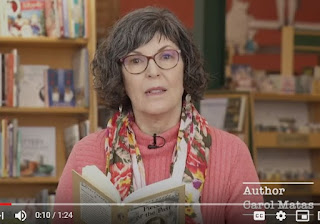 And special thanks to Anita Daher and Shaw for making these videos.

Email ThisBlogThis!Share to TwitterShare to FacebookShare to Pinterest
Labels: #IReadCanadian